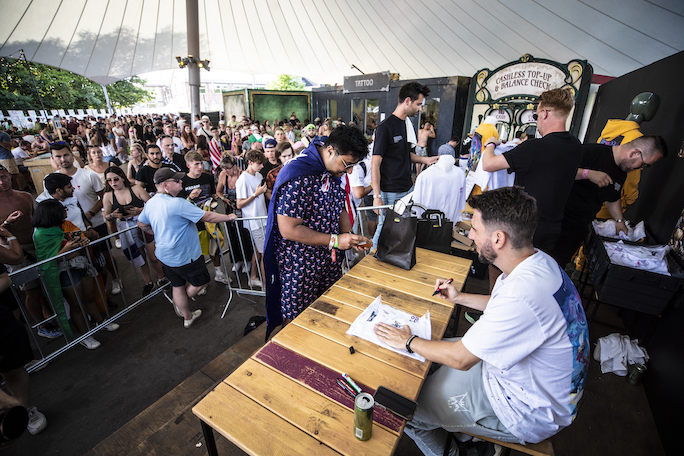 During Weekend 1 of Tomorrowland 2022, the Alien Samurai Dino Warriors were present with a life-size 'Leonidas' T-Rex statue and merchandise booth. In addition, Tomorrowland legend and Dino Warriors creator Dimitri Vegas also greeted fans for an exclusive signing session on Saturday and Sunday at the Mesa Garden. The event marked the first Dino Warriors public experience and allowed fans to relish in the Dino universe in the flesh!

Dimitri and the Dino Warriors will be present again from 6.30 pm and 7.30 pm for further signing sessions during Weekend 2 and Weekend 3 of Tomorrowland this July.

Alien Samurai Dino Warriors is a graphic novel created by 2 x World #1 DJ and actor Dimitri 'Vegas' Thivaios, with the originator and executive producer of the Batman movie franchise, Michael Uslan and son David Uslan. Also, on board is one of IDW Publishing's most critically acclaimed writers, Erik Burnham (Ghostbusters, Back To The Future, Teenage Mutant Ninja Turtles), Jim Starlin (creator of Marvel's Infinity war uber-villain Thanos and more), Brett Booth (Spider-Man, the Fantastic Four, and the X-Men), Stephen Segovia, known for his work with DC Comics and Marvel and Valiant Entertainment, and Diego Galindo (Power Rangers, Dungeons & Dragons, and Stranger Things).

Tomorrowland is one of the world's largest and most iconic music festivals held in Boom, Belgium, organized and owned by the founders, the brothers' Beers. Stretching over three sold-out weekends in 2022, the festival welcomes 600,000 People of Tomorrow from over 200 countries. It features many of the world's leading electronic DJs, including Armin van Buuren, Tiësto, Charlotte de Witte, Major Lazer, NERVO, Swedish House Mafia, Martin Garrix, Hardwell, and Dimitri Vegas & Like Mike.

Fans can find more information on Dino Warriors via: www.dinowarriors.io 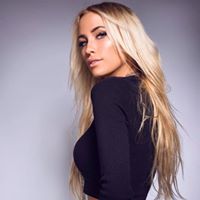