Martin Jensen continues to shine bright in 2021, providing fans with another standout moment on his latest single, ‘Faith’.

Beautiful guitar licks set the tone for ‘Faith’ early doors, paving the way for the vocal to take centre stage. The vocals are instantly catchy, upbeat, and a fine tonic to lift spirits as we enter the winter months. Warm piano chords provide the bed for the main break, developing the musical element of the track, placing it firmly in pop territory, balanced expertly with the electronic parts also present. A breaky interlude helps to enhance the dynamic feel of the track, making it memorable and sure to stick in the head from the first listen.

Martin Jensen strives to push the boundaries between artist and celebrity, an elevated status which has seen him return recently to star as a judge in the Danish X-Factor series for the second time, maintaining his position as the only D.J. to do so. Martin Jensen is also primed to reveal his ‘Me, Myself, Live’ shows on 26th and 27th November. These unique, one-off celebrations see his live concept evolve from wildly popular ‘Me, Myself Online’ shows that were launched to stay connected with his fans during the lockdown. With over a year of preparations going into the production, design, and visuals for ‘Me Myself, Live’, fans are guaranteed to be in for an extravaganza of a show, and one they’ll never forget. Expect to hear ‘Faith’ alongside his other notable recent singles.

2021 has also been a hugely productive year on the release front for Martin, with his latest single, ‘Can’t Come To The Phone’ with Amber Day and N.F.I being widely well-received, including support from BBC Radio 1’s Dance Anthems show. He also recently released ‘Make My Mind Go’ with super-producers Rompasso, FAULHABER and JONASU, which follows on from ‘2019’ with Georgia Ku, and last year’s hit ‘Don’t Cry For Me’ with Jason Derulo and Alok. 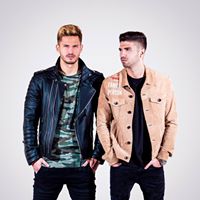